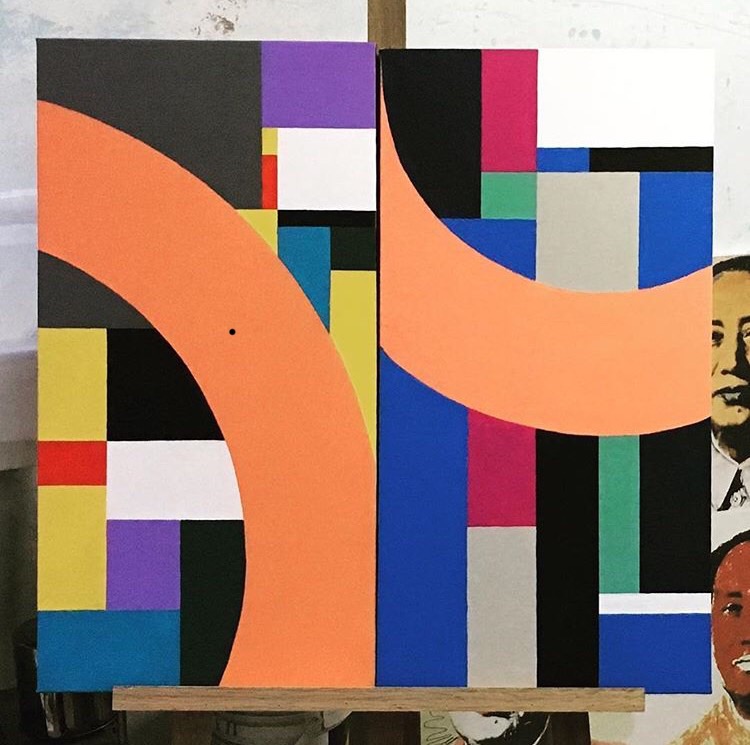 Falah Naim, who goes by IMMJN (pronounced “Imagine”), is a graphic designer. Previously working full time as a Junior Art Director, he now works as a freelancer and tries to participate in more art shows.

Originally from Penang, he’s was in KL for a few years before moving back in 2012. He loves straight lines, geometry and grids and it shows in his artwork. He feels he has problem of finding the correct colour scheme for his works.

He is primarily known for his practice in getting the most out of rigid, flat colour geometric shapes. With his background training in graphic design, he has always depended on grids and the hierarchy of visual language. He does this when he paints, too.

He’s trying to not rely less and less on his computer to produce his works now. He has lost count on how many times he has covered up his canvases.

He wants to produce bigger pieces.

Falah’s Work will be on display at Jonathan Yun’s studio during Open Studios Penang, and he will be there in person on Saturday 15th creating new art work for you to see him at work.